The Four Features of Trauma, Revisited

Trauma, whether a 'big trauma' or a 'little trauma' has four main features.  While you don't have to have all four to 'constitute' something as traumatic for you - after all, it's highly individualized, isn't it? - most find most of these features in each event that 'still bothers them.' I am suggesting that this statement alone might be a clue to how deeply the person feels 'stuck' in what the brilliant Dr. Robert Scaer calls, 'the trauma capsule.'

Take a look at the following and see if you don't have some 'ah-ha's' about either something in your own life, or in your client's.  And of course, cleaning up our own stuff is key to being fully present to help someone else clean up theirs!

Four Features of Encoding a Memory or Event as 'Traumatic'

1. It’s Unexpected. (Usually combined with ‘sudden’)
Examples:
All of the sudden, there he was the guy who did that to me; I never expected to see him again!
We were just sitting there, when all of the sudden, this tree crashed through our roof.
Nothing was wrong, it was an ordinary day, then all of the sudden he attacked me.
I had always made good grades easily, but that day, out of the blue, I just couldn’t remember a thing for the test.
I’ve always known she was flirty, she was born that way!, but it never occurred to me I should worry about leaving her alone with my boyfriend.

2. It’s Isolating. (Could be physical or metaphorical)
Examples:
I realized I was out in the middle of nowhere, and had no idea how to find help.
I was alone in the car in the dark and there was no one to help me.
There I was, in the middle of the biggest party, yet I’d never felt so small or alone or worthless….
I never told anyone this; I had no one to tell that I could trust.
It didn’t occur to me anyone else had had this kind of situation; I just thought it was happening to me.
He told me this had to be our secret, that no one else would understand, so I kept it all to myself.

3. It’s about Survival. It could be physical, or even a threat to our Identity.

I thought I was going to die.
I couldn’t let anyone know what had happened, or they’d fire me.
I couldn’t breathe, I was choking, I thought this was it.
He said he’d kill me and my family, too, if I ever breathed a word of this.
I’d begun to lose hope that anyone would find me in time.

4. And Powerlessness. (No idea of what to do, And/Or ability to do it.)
Examples:

I was trapped! I couldn’t see in the dark, didn’t know what to do. I was too scared to even scream.
I couldn’t figure it out; there was no way out. I was gonna lose it all.
I realized he was the boss and the jury; it was accept it or leave.
Here I am again, relegated to the bottom of the barrel. I guess this is how it is. No way out.
The court said she got to take it all. There was nothing I could do about it.
I had no money to fight it. This was a money game, and that’s that. Deal with it.
I had nothing left. It was over, and there was nothing I could do about it.

It’s a great idea to know these 4 features very well, so you can be listening (Active Listening) for them in your own self-talk, as well as your client sessions. Listening for these features can help you quickly see that the event has been encoded as a trauma, and you can pay special attention to the release that needs to happen to ‘complete’ the threat cycle. Dr. Scaer's (and others, like Peter Levine) talk about the body's physical threat cycle - this means it's NOT all in the head, in fact perhaps very little is in the head!

Go to the body and put your attention on the whole body, not just its obvious physicality but also its mid-brain, limbic system. This is where the beauty of Tapping comes into play, releasing one activated Aspect at a time, methodically, safely, comfortably.

If you'd like to learn more about this, attend one of my trainings (EFT Training for Mastery), or read more of the work by Dr. Robert Scare, Peter A. Levine,PhD,  or Dr. Bessell Van der Kolk.

To the powerful work you do in the world, and more powerfully everyday! 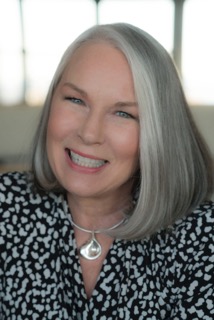 You can find more about Jondi and her work here: EFT4Results.com

Replies to This Discussion

TapFest and EFT on the Radio

Thank you to all who tap each day at noon, for our global brothers and sisters. On top of our list right now:

Please hold space and tapping energy for those who continue to suffer in Syria, those rebPalestine and Jerusalem, the troubles in West Africa, the nuclear aftermath that continues in Japan, the slow rebuilding in the Phillipines, conflicts and refugee situations across the world.

There's never a lack of things to tap for! Worldwide conflicts affect us all, and displace millions.  Natural disasters such as tornadoes, hurricanes, floods and drought also abound, so keep them in your thoughts as well, please.

When we practice tapping with our global brothers and sisters, we ARE ONE.  Let's SHIFT, together, with one another on behalf of those who cannot - for whatever reason. Thank you!  You may simply want to tap for their grief, healing, and also for the chance to bring peace to themselves and others.  Here in the states, we continue to ask you to tap with us,  using our recent bombing and shooting tragedies in this country, in support of non-violent solutions and better mental healthcare! In times like these, we offer prayers, surrogate tapping and advocacy, using our power to change what is within our power to change -ourselves and one another.

Please post onto the Forum section your comments, requests and results.  With deep gratitude,

Everyday, at noon, wherever you are, please tap for someone else in the world.  Imagine, over 800 of us, tapping wherever we are, each day!  Imagine.... If you need help with how, or what to say, check out the resources files, above.

We are delighted to accept donations to TapFest in order to continue our efforts. Thank you!